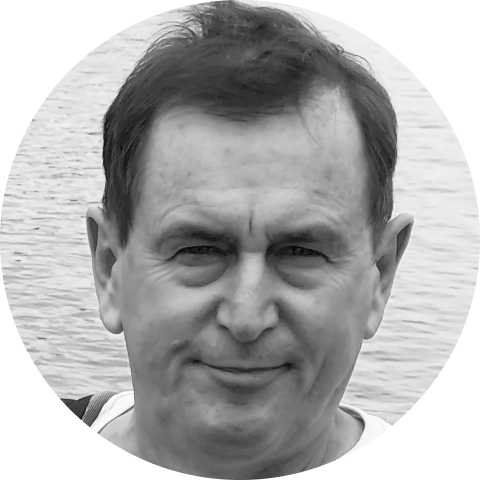 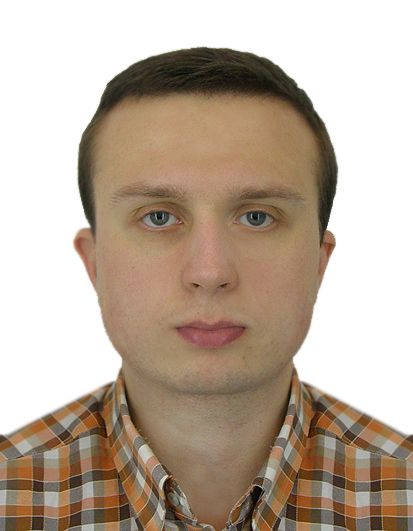 In this article, we’ll describe how equipment operators can build a predictive maintenance solution using AutoML and No-Code tools provided by AWS. This type of solution delivers significant gains to large-scale industrial systems and mission-critical applications where the costs associated with machine failure or unplanned downtime can be very high. The design of this solution is based on Grid Dynamics experience with manufacturing clients.

One of the most common tools for maintenance schedule optimization is a model that estimates the remaining useful life (RUL) of machines or equipment. The RUL of a unit of equipment is the duration of time between its current operation and its eventual failure. The RUL can be estimated in time units such as hours or days, but it can also be estimated in discrete or continuous units of measurement. For example, the RUL of a cartridge for laser printers is expressed in the number of printed pages and the RUL of an electric accumulator battery is expressed in charge-discharge cycles. The RUL estimate can be directly used to plan maintenance operations in a way that balances resource usage and failure risks.

The RUL is usually estimated using machine learning methods based on the current equipment conditions. This generally requires creating a dataset that includes historical IoT metrics collected from sensors and failure events, developing an RUL model, and scoring the ongoing condition snapshots. We’ll go over the implementation of this workflow in AWS in the next section.

The high-level solution overview is outlined in the figure below. It includes  integrations with  IoT metric sources that can be implemented using IoT Greengrass, metrics journaling to S3 or other storage, data preprocessing, RUL model training, model inference, and the operationalization of  estimation results.

There are several approaches to RUL prediction. Here we use the direct regression-based approach. We predict RUL as a numeric value expressed in the units of time remaining until equipment failure. The initial data for the prediction (features) are the readings from different sensors describing the current state of the system. We also include the “time” variable into the feature set that characterizes the “age” of the system. The target variable here is the numerical value of the RUL expressed in time units. The goal of training the regression model is to obtain such predictions of the target from features that convey some predefined measure of the error as minimal, such as in the figure below:

In regression analysis, the most frequently used measures of the aggregated error are Root Mean Square Error (RMSE) and Mean Absolute Error (MAE). We strongly prefer using RMSE for the prediction of RUL because it is much less tolerant than MAE when it comes to large prediction errors. Large prediction errors leading to a gross overestimation of RUL might incur too high a cost associated with an unpredicted failure.

Besides the value of the aggregated error, like RMSE, it is also useful to check the individual predictions of the trained model for the test dataset – that is, a subset of the initial data not used for training the model. When such predictions are visualized along with  true RUL values as a function of time, visual plot inspection can reveal a lot about model quality.

To implement a prototype of the RUL model, we use a publicly available dataset known as NASA Turbofan Jet Engine Data Set. This dataset is often used for research and ML competitions. The dataset includes degradation trajectories of 100 turbofan engines obtained from a simulator. Here we explore only one of the four sub-datasets included, namely the training part of the dataset, FD001.

The time variable here is expressed in discrete units, or cycles. The last point of the trajectory for each engine is the last cycle before the engine fails. We excluded some columns of the initial 26 columns, namely 3 columns with operational conditions (known to be constant for this set), as well as readings of several sensors known to be non-informative. We also added a column, “rul”, with RUL values - that is, the number of cycles before the engine’s failure, clipped by upper value 150. The maximal RUL value 150 is used because exploratory data analysis shows that higher values of the remaining life are associated with too little degradation. As such, the dataset is represented by a single table with the following columns:

The layout of the dataset is shown in the following figure:

The traditional approach to developing a machine learning model requires performing a number of steps, such as:

Many of these steps can be executed only by ML and data science experts. AutoML allows us to automate the traditional workflow and replace it with steps that can be taken by non-experts in ML and data science. In the following sections, we show how we implemented two variants of this approach using two different AWS SageMaker components. For each variant, we build a complete pipeline that includes all the necessary steps, starting with the initial data preprocessing to obtain meaningful RUL predictions.

In this section, we implement the RUL model using AWS Canvas, a no-code tool provided by AWS SageMaker. At a high level, the workflow consists of two major stages: model creation/deployment and inference.

Import the Data to AWS Canvas

Before using Canvas we need to upload our data to S3 bucket. (Also, there is an option to upload data just using a browser, or connecting Redshift/Snowflake.)

After we click the Import button, we are ready to import our data.

We select our data from the list of files.

Now we can create the Model.

It is important to bear in mind that a major part of AutoML magic has taken place under the hood at this step. A  large number of models have been trained and evaluated on the data we uploaded, then various sets of hyperparameters of the models have been tried, and the best model has been selected for future use and deployed to the endpoint.

Analyze the Feature Importance and Performance

Once the optimal model has been selected, we try to gain some insight into its performance. Typically, we’d want to know some aggregated prediction error that might be expected from these sorts of data. RMSE is reported below. We are also interested in discerning how important particular features are for the final prediction, and how any particular feature affects the predicted value.

We can do this sort of analysis by pressing the Data visualizer button.

At this step we check the model performance. In the case of Numeric Prediction, we have reported the RMSE metric. We can also check the feature importance and plot that describes how each feature influences our target metric.

At this step, we are using our trained model to make predictions. There are two methods for prediction: batch prediction and single prediction.

In batch prediction, we use an uploaded dataset in order to predict our target variable for each row in the dataset. Once the prediction is ready we can preview or download the file.

Even though the web-based workflow described in the previous section might be satisfactory for engines, it is not as suitable for other application areas. When data arrives frequently, and automatically, the process of data processing should be automated. A web-based interface is hardly suitable in such situations. Therefore, we developed another workflow based on the Amazon SageMaker Autopilot. This particular workflow is implemented using two Jupyter notebooks.

For the model creation, data from 90 randomly selected engines were uploaded to the AWS SageMaker Autopilot. We left the remaining 10 engines for our own independent testing. We found no statistically significant differences between the estimates of the RMSE self-reported by the SageMaker Autopilot, and the value of RMSE obtained at our testing dataset with 10 engines. The value of the RMSE is about 20 (cycles/flights). The magnitude of the aggregated error is about the same as that achieved by ML experts and published in articles such as those in Towards Data Science.

The model training step (or, technically, model fitting) is basically implemented only by two commands. First, we create an AutoML-object:

Then, we launch the process of model training (fitting) for the AutoML object with the following command:

After the command is finished, we know that AWS SageMaker Autopilot has successfully created, trained, and optimized a bunch of models. We can explore the models and select the best option manually or automatically based on the RMSE metric.

To evaluate the quality of the model, we get the best model and output the values of several popular metrics estimated for the validation dataset generated automatically during the fitting process:

We can see from the output, for example, that the RMS-error of RUL prediction is about 21.6. We also see values of other metrics, like MSE, MAE, R2. Typically, knowing such values allows us to make some judgment about the model and compare it to other models.

To better evaluate the model, we visualize the behavior of individual predictions for particular engines. Below we show the corresponding plots for 3 of them. The solid blue line in all figures shows the true value of RUL (not known by the model). The orange lines show the predictions of RUL produced by the model generated for different values of  discrete time expressed in cycles/flights.

A special type of model evaluation analyzes feature importance and other components. For many of our clients, ML application areas are a mandatory step. Mere black-box-like models, which lack any explainability capabilities, are not satisfactory in many situations. Fortunately,  AWS SageMaker Autopilot provides well-developed tools for these purposes. A single line of code allows us to identify the location of the file with the result of feature importance analysis:

It produces the following output with a path to the S3 folder where the results of feature importance analysis for the best model are located:

A  PDF file in that folder shows us the results of the feature importance analysis in an easily perceptible graphic form:

It is easy to understand from the plot that the feature “time” is the most important one here, followed by the two features, “sensor_14” and “sensor_9”.

When the optimal model has been trained and evaluated, we usually want to use it for inference; i.e. for RUL prediction. There are at least two options to choose from. Firstly, we might rely on the batch prediction mode. In this case, we do not need to deploy the model; we simply specify a file with rows containing the observed feature values, run a batch-prediction job, and get the predictions of the RUL made by the model we trained above. The second notebook contains a separate section, “Batch prediction”, that illustrates this process in detail.

For automated operations and real-time RUL estimation, it is more suitable to deploy the model first, and then use the corresponding endpoint for online predictions. The deployment itself is achieved by a single command that creates an endpoint with the given name (see section “Testing Our Endpoint” in the first notebook and section “Prediction Using Endpoint” in the second notebook):

We developed two workflows for predicting RUL for various types of equipment. Both workflows cover the creation, deployment, and inference of the RUL model using AWS Canvas and AWS Sagemaker Autopilot. In addition, we also demonstrated the operation of both approaches using NASA Turbofan Jet Engine Data Set. The performance of the model created purely by the AutoML services is comparable to the published performance of models created by experts for the same dataset.